There have been 127 incidents so far this year.

A shocking new report has laid bare the amount of knife crime in our region’s schools.

According to new statistics, knife crime in the city-region’s schools has more than doubled since 2015, with the number of incidents up to 127 this year – the equivalent to three knife incidents in a GM school per week.

One community leader in Tameside says the problem has become so bad “knife crime is like water – it’s everywhere”.

The figures, released as part of a report looking into youth violence, commissioned by Greater Manchester Police, Greater Manchester Combined Authority and the city-region’s 10 borough councils, does not paint a better picture outside the classroom.

The area’s general knife crime rate also rose by a massive 89% – with more than half of the offences for possessing a weapon involving those aged between 10 and 24 years old.

One in 10 knife crime offences is committed by someone between the age of 15 and 19 against victims of the same age.

Some people interviewed for the report blame a prevailing sense of “toxic masculinity” for the rise in violence among young people.

One probation officer from central Manchester said: “I don’t know the stats, but I think a lot of them get into fights because someone looked at them wrong, it is just about what they think a man is.”

A teenage girl from Oldham added: “Boys don’t feel comfortable talking about violence, they don’t sit down to talk to each other which means they can explode because they can’t show their emotions.”

Some cited the influence of social media on young people, saying it acts to “amplify and exacerbate violent conflict”.

Others blamed the “proliferation of drugs” and a “lack of opportunities for young people, resulting in grooming”.

A parent from Bolton said: “There are organised groups on WhatsApp and Snapchat, that is what I worry most about as a parent, as you have adults and children all on this one group. And for the kids its great, there is loads of prestige if you are a young kid and you have been invited onto it.”

According to the report, “many” young people questioned could tell stories of friends being exploited by criminals and asked to “drop something off for £50. Next day it is something else for £200.”

Some parents were sympathetic to the young people’s position. One said: “Kids are doing it to help put food on the table for their mum.”

A faith leader at Tameside Islamic Resource Centre added: “Why work in a takeaway for £40 for 10 hours when you can work for a few minutes and get paid double?”

Others surveyed have blamed “diminished police presence”, changes to neighbourhood policing structures and worsening relationships between the force and its communities.

A youth worker from Rochdale said: “There is a lack of respect [for police] and no deterrent. I feel for the police because their tools have been diminished.”

A retired police officer from Trafford with more than 25 years’ service added: “My role was to serve and protect, but that protection has now gone. We used to have confidence in the police and trust each other, but that’s all gone.”

The normalisation of violence, both in music lyrics, at home, at school or on social media is also a concern for communities.

Researchers said they repeatedly came across “misogynist” and violent language and stories of violent actions towards women and girls during their interviews, with a rise in sexually inappropriate behaviour discussed often.

In one incident, one Salford pupil said they’d come across a 13-year-old girl who had been “slashed by her ex-boyfriend” and another 10-year-old girl said she had received an anonymous rape threat over Snapchat.

GMP, GMCA the 10 borough councils commissioned the report to inform their shared “action plan” to tackle violent crime across the city-region; in particularly where young people are involved as victims and/or perpetrators.

Matthew Horne, deputy director of Innovation Unit which completed the research for the GM authorities, said: “We’ve heard from worried parents who want help to talk to their children about the risks of gang culture, particularly carrying and using weapons.

“We’ve talked to teachers who want to improve students’ anger and emotional management and want police in schools to support pupils in making good life choices.

“We’ve engaged with young people, especially boys, who find themselves under increasing pressure over social media to act tough and seek revenge for the merest slight.

“Listening to the local community’s daily experiences as well as hearing their ideas has offered more solutions than relying on expert opinion.”

Recommendations for the Greater Manchester Authorities to consider off the back of the report include:

For more information and the full report, click here: https://www.innovationunit.org/thoughts/listen-to-the-community-to-tackle-violent-crime/. 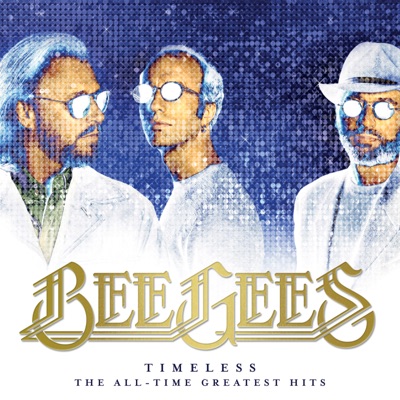